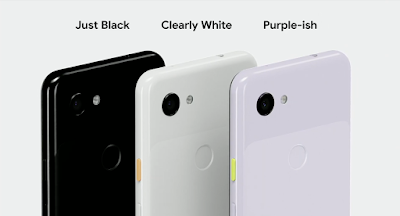 Looking for a affordable smartphone with great features? Well then, we have a good news for you. You can now buy a smartphone with super features for an affordable price. It is the brand new and newly released Google Pixel 3a. The same Pixel you already know. Yes! You can buy a Google Pixel 3a for half the price of Google Pixel.
At first glance, having a device with intermediate hardware may make you doubt and even think that this is a joke, but the Pixel 3a is all you need.
Google Pixel 3a was Launched during the Google I / O 2019, Google’s annual developer conference. The model comes with a 5.6-inch screen for only $ 399. There is also the six-inch screen version, the Pixel 3a XL, which will be available from $ 479.
But let’s focus on Pixel 3a. This device no doubt reminds us of the late Moto X, in which Google built a killer strategy: a well-developed mix of software and hardware with great value for money.
On Pixel 3a, you’ll find the same things. Inside this low-cost device, Google has shipped the eight-core Snapdragon 670 SoC processor, which features low power consumption and good performance.
On the outside, the model offers a design that is very similar to the other sister models of the Pixel product line. It comes with the plastic body, digital sensor, headphone jack and, without the dreaded notch!
You think that’s all? No! Now comes the best part: Pixel 3a offers Google’s super camera – the best in the industry. The same that ships with the most expensive versions of Pixel (which is twice the price).
Pixel 3a will certainly cannibalize the more expensive versions of Pixel that have been in American stores for some time. And Google, of course, knows that.
For those who think about buying a super samrtphone, the Pixel 3a is the best choice today. There is no device in the that price range with the same specifications, same features and the same camera quality.
Got Google Pixel 3a in your wishlist?