Home » Android P with the Power of Machine Learning Technology.

Android P with the Power of Machine Learning Technology. 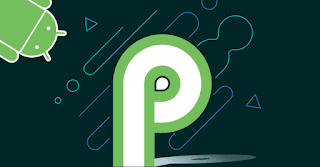 Google has announced Android P, the next generation of Android being developed with the technology of machine learning in its main functions.

“Your smartphone will help you to navigate better through your day, using the context to provide smart suggestions based on what you like to do and automatically anticipate your next action,” Google said.

Among the new features pointed out by Google are the Adaptive Battery, which prioritizes energy only for the applications and services you use most, and Adaptive Brightness, which learns how you control the brightness, considering the environment around you.

In addition, Android P has App Actions, which promises to help users perform their next tasks faster, “predicting what to do next.” There are also three new apps to control your digital wellness: Dashboard, App Timer, New Do Not Disturb and Wind Down. The final version of Android P should only be available later this year.